A bit of fun this week. LOTs of sketching, so here are a few from my sketch book:

In the land that is Japan, I had a chance (rare) to draw a Geisha or Maiko- an apprentice Geisha. They are sort of like the Pork in the Pork n' Beans, because you just don't see them very often. Sometimes Foreigners have a little stereotype of being what you might call Geisha-obsessed. (whatever-like everyone isn't). I'm just saying I am not one of those people. :0 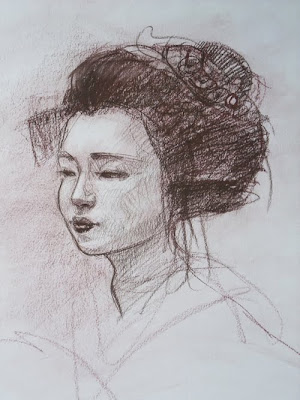 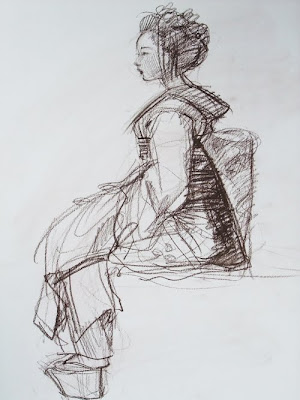 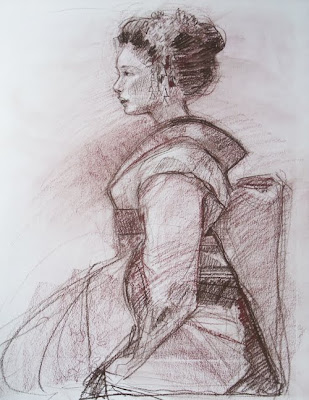 I can't say much about some of the other things in my sketchbook, legally speaking. Well, I'll speak very quietly so don't tell. fairies. and pirates.
Posted by Amy June Bates at 11:31 PM